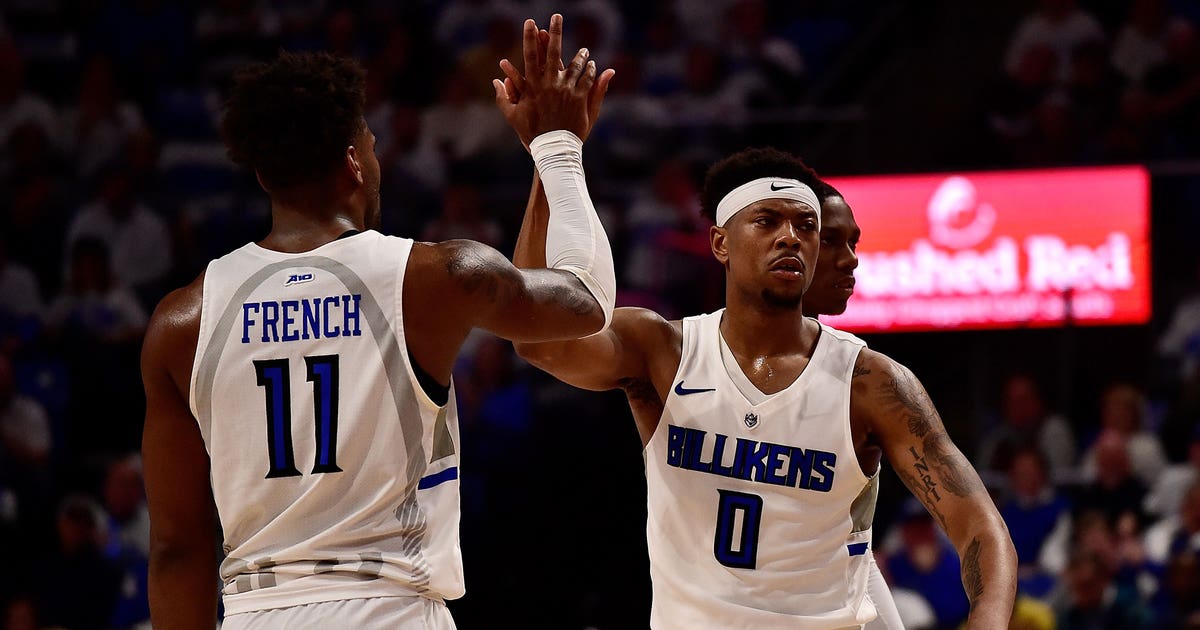 Both of the Saint Louis Billikens‘ three-year starters announced Tuesday night that they will go through the NBA’s pre-draft process.

Guard Jordan Goodwin and center Hasahn French revealed on social media that they will enter the 2020 NBA Draft pool but will maintain their NCAA eligibility throughout the process and could return for their senior seasons:

Goodwin, a native of Centreville, Illinois who attended Althoff Catholic High School, averaged 15.5 points, 10.4 rebounds and 3.1 assists over 31 games as a junior. French, a junior from Middletown, New York, had 12.4 points, 10.4 rebounds, 2.3 assists and 2.6 blocks per game over 30 contests. Both players were named to the Atlantic 10’s All-Defensive team, with Goodwin being named first-team all-conference and French making the second team.