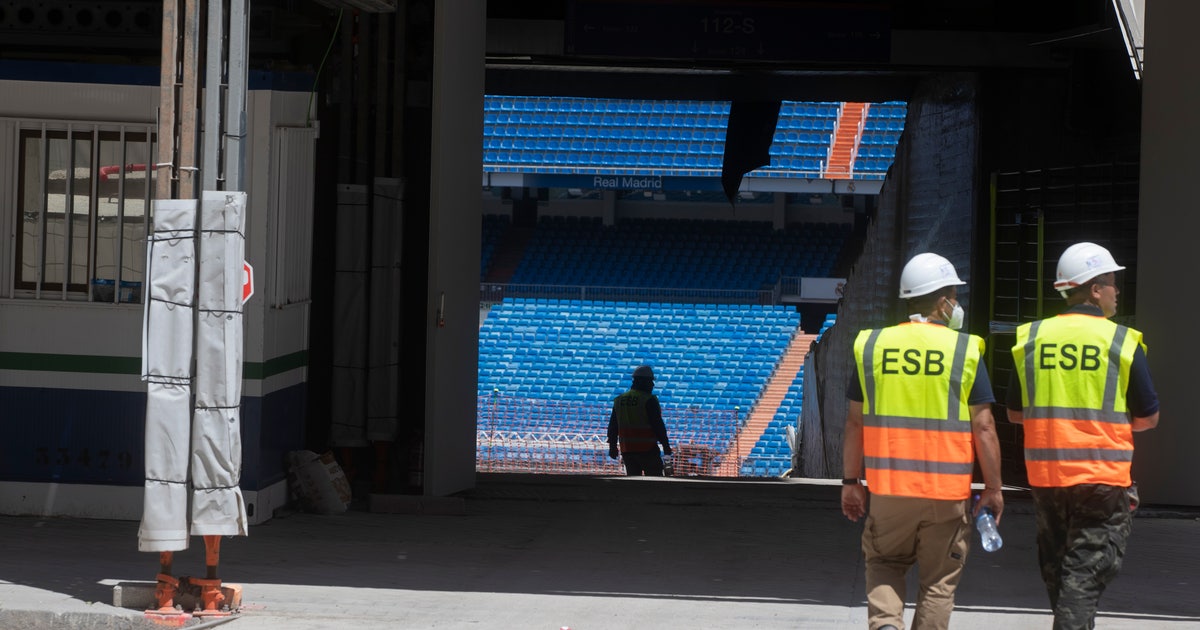 MADRID (AP) — The Spanish league is resuming in less than two weeks with Real Madrid playing its games at the club’s training center.

Madrid will host Eibar on June 14 at the 6,000-capacity Alfredo Di Stéfano Stadium, a venue used mostly by the club’s “B” team at the Ciudad Real Madrid center on the city’s outskirts.

Madrid is not stopping renovation work at the Santiago Bernabéu Stadium as all remaining league games are likely to be played without fans because of the coronavirus pandemic.

The league on Sunday confirmed the dates and times of the first two rounds of matches to be played after the competition was stopped mid-March because of the pandemic. The first game will be the Seville derby between Sevilla and Real Betis on June 11 at 10 p.m. local time (2000 GMT).

Defending champion Barcelona, which has a two-point lead over Real Madrid after 27 rounds, will resume at Mallorca on June 13, while Atlético Madrid visits Athletic Bilbao the following day.

The league has announced that every game will include an “applause to infinity” tribute to the “heroes who are fighting to overcome” the pandemic. Pre-recorded applause uploaded in videos by fans will be played in the 20th minute of matches.

“We have created this initiative to help fans be a part of La Liga’s return and also as an opportunity for them to show their support for the heroes of the COVID-19 pandemic,” said league president Javier Tebas, who gave his weekly interview to league broadcaster Movistar on Sunday. “We want them to feel close to their team, even if they cannot be in the stadiums cheering them on, and for players to feel the support of their fans.”

Most games will be played late in the day to take into account high temperatures in Spain, but some will be brought forward based on favorable weather forecasts. There will be a couple of matches at 1 p.m. local time in the first weekend.

The second division will resume June 11 with the second half of the game between Rayo Vallecano and Albacete, which was suspended at halftime in December after Ukrainian Roman Zozulia of Albacete was subjected to Nazi taunts by opposing fans. The match was tied 0-0.

Clubs in the first and second divisions are scheduled to begin full squad training on Monday.