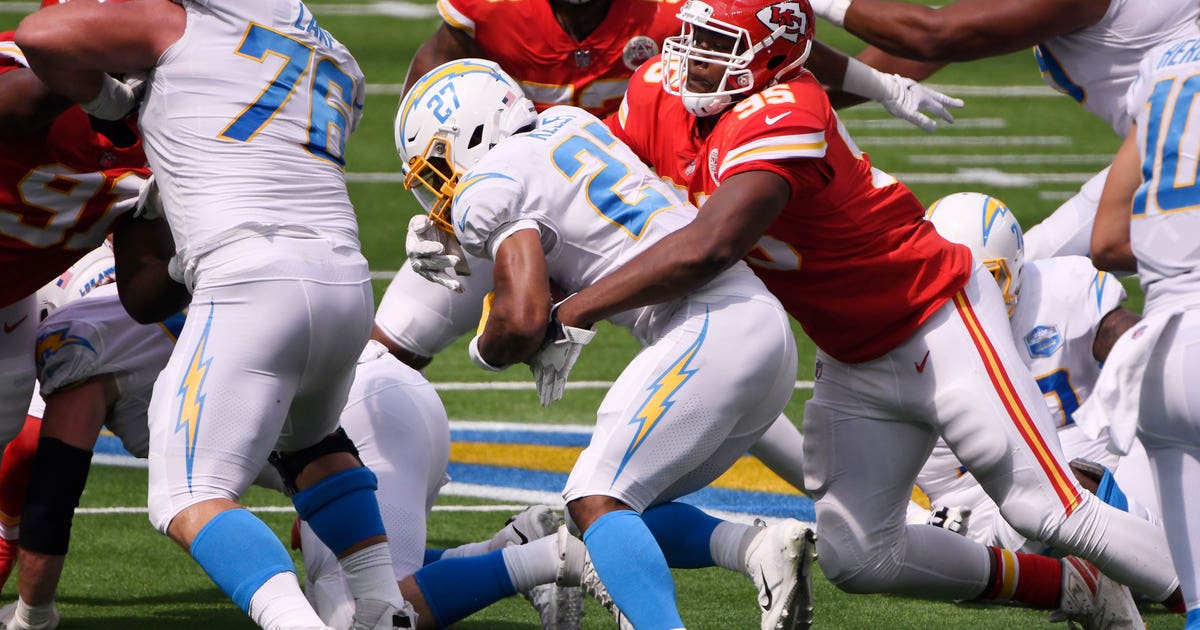 KANSAS CITY, Mo. — The Kansas City Chiefs learned shortly before kickoff last week that offensive lineman Andrew Wylie had been taken to the hospital for a suspected case of appendicitis, leaving them even more short-handed for a high-profile Monday night matchup with the Baltimore Ravens.

Mike Remmers stepped into the lineup and the Chiefs’ sizzling offense never missed a beat.

Every team goes through injuries during the season — some have more than others, some have more crucial injuries than others. But in just three games this season, the reigning Super Bowl champions already have shown an uncanny ability to overcome them, whether it’s an offensive lineman or one of the many pieces missing from their secondary.

“You know, football, things happen all the time,” said Chiefs safety Juan Thornhill, who sustained a season-ending knee injury a year ago. “Guys get hurt. Guys get in trouble. We have that next-guy-up mentality. Coaches are always talking about how everyone is a starter on our defense because you never know when your time is going to come.”

The latest injuries are potentially big blows to the Kansas City defense ahead of yet another marquee matchup against the New England Patriots on Sunday. Rookie cornerback L’Jarius Sneed, who already has a pair of interceptions, had surgery for a collarbone he broke in Baltimore and will miss the game, while defensive tackle Chris Jones — who leads the AFC with 3 1/2 sacks — could be a game-time decision because of a lingering groin injury.

The defensive backfield, in particular, has shown plenty of resilience this season.

One of the starters, Bashaud Breeland, will be wrapping up his four-game suspension on Sunday for violating the NFL’s policy on substance abuse. The other, Charvarius Ward, returned last week with a cast on his hand from a fracture that had kept him out the previous week. And a backup, Antonio Hamilton, has dealt with a tweaked hamstring.

That has left Rashad Fenton, a sixth-round pick last year, and Bopete Keyes, a seventh-rounder this year, as the only truly healthy cornerbacks on the roster. They do have Chris Lammons, Rodney Clemons and Lavert Hill on the practice squad.

“The guys have been diligent with it, the guys that have been backup players and they’re now playing,” Chiefs coach Andy Reid said. “So easy for a relief pitcher to back up and say, ‘Oh, we’ll be fine.’ But these guys have jumped into it, and I think the coaches have done a good job rotating guys back there, trying to get everybody in.”

All those various combinations have paid off. Last week, the Chiefs held Lamar Jackson to just 15 of 28 passing for 97 yards, turning the potent Baltimore offense into a one-dimensional run-only attack. And through their first three games, the Chiefs rank fourth in the league against the pass.

“I think when guys go down, we’ve been trained for those situations,” Chiefs left tackle Eric Fisher said. “It’s not the first time. Something happens before the game, it doesn’t matter. When someone goes down, we don’t expect a drop-off.”

NOTES: Wylie planned to practice Wednesday, Reid said, but it’s unclear whether he will play this weekend. … QB Patrick Mahomes, who announced Tuesday that his fiancée is pregnant, called the idea of fatherhood “extremely exciting.” Being able to grow up and have all these drams of having a family and playing in the NFL, and to have that stuff happen and come to truth, is really exciting,” he said. … The Chiefs are not changing anything with regard to their COVID-19 protocol after an outbreak shut down the Tennessee facility this week. But the news did serve as a reminder to be diligent about wearing a face mask and social distancing. “It’s a pandemic,” Reid said. “Things can happen.”