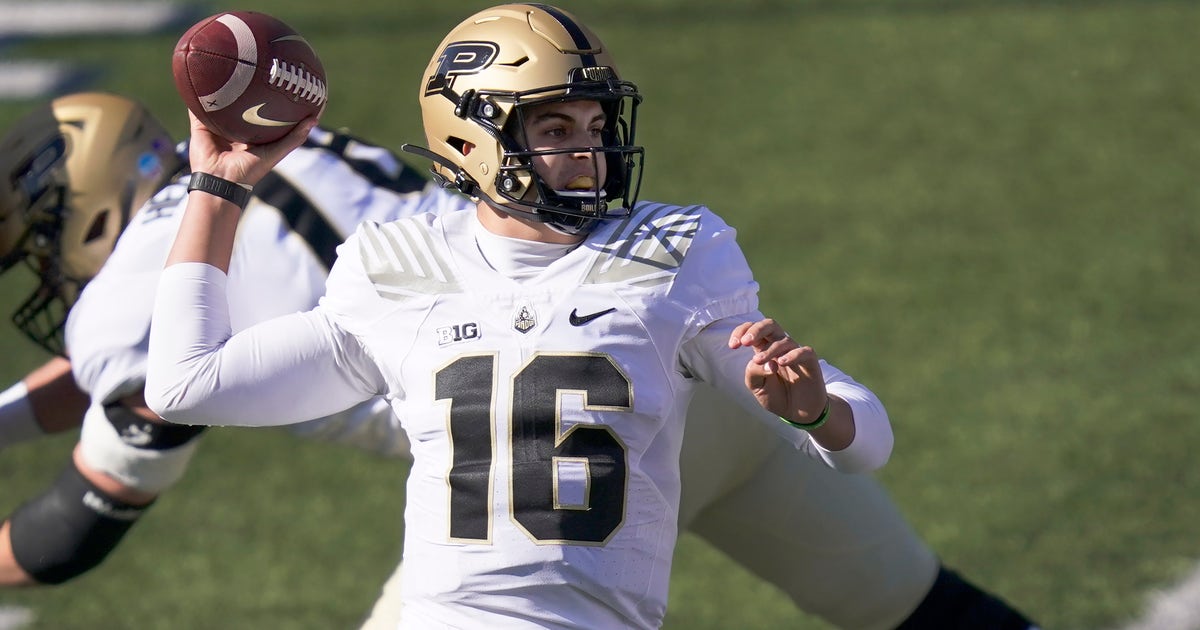 CHAMPAIGN, Ill. — Aiden O’Connell passed for two touchdowns and Purdue hung on to beat a COVID-19-decimated Illinois team that was down to its fourth-string quarterback, 31-24, on Saturday.

Despite its woes, Illinois managed to make a game of it and was within seven points and 15 yards of tying the game with less than two minutes to play. Fourth-string QB Coran Taylor’s pass fell short and the Boilermakers (2-0, 2-0 Big Ten) took over on downs, sealing the victory.

O’Connell finished 29-of-36 passing for 376 yards and two scores for Purdue. David Bell was his favorite target, catching nine passes for 122 yards and a touchdown.

“David always seems to make that big catch,” said Purdue coach Jeff Brohm. “He’s just a remarkable player with a tremendous sense of calm about him.”

Brohm was back on the sidelines for the Boilermakers after missing the last game, a 24-20 win over Iowa, with a positive COVID-19 test. His brother, offensive coordinator Brian Brohm, coached the team in his absence.

Things went a bit differently for Illinois (0-2, 0-2). Sophomore Taylor found himself at the helm on his team’s second possession, following what appeared to be an ankle injury to last-minute starter — and third-string QB — Matt Robinson.

Taylor, who had only a couple of reps with the team the past week, was 17 of 29 for 233 yards and two touchdowns. He was intercepted twice.

“Did we play hard?” asked Illinois coach Lovie Smith. “Did we handle a tough situation? Yes, we did. We’re not in a bubble. We live in the real world. I thought everyone stepped up and did a good job.”

Peters and Griffin Moore were the only Illinois players to test positive for the virus, Smith said. “The rest are because of contract tracing.”

The game was played without spectators and, for the most part, without updated official statistics available in the press box.

“It’s amazing,” O’Connell said. “He’s a special player, and we say that every week. But he just stays so level-headed.”

Bell seemed content to let others shine postgame. “Oh? I had my hundredth career catch today?” he asked a reporter. “I didn’t know that. It’s a good feeling, I guess.”

Jeff Brohm called Bell a “once-in-a-generation” player. “There’s not a lot he can’t do,” he said. “He never gets rattled, and he makes those big, contested catches.”

Smith conceded he had to simplify the offensive playbook in order for his fourth-string QB to be effective.

”You have to,” Smith said. “You can’t run all the plays you would with a fifth-year (player) like Brandon Peters.”

He was pleased with Taylor’s performance. “When you’re fourth on the depth chart, you don’t get to make a lot of plays in practice. With another week of practice, he should in better shape going into the Minnesota game.”

Taylor said he learned on Thursday he would likely play. “I was ready. I was locked in. I just need to build on my performance today.”

Purdue: Did what it had to and came away with a solid win over a team that wasn’t expected to put up much of a fight, even with its starting roster intact. O’Connell and Bell looked solid and should give the Boilermakers a chance to be in most of their remaining games.

Illinois: The game was frightful for the Illini. A rash of COVID-19 positive results and the first-quarter injury to fill-in starter Robinson left Illinois with fourth-string QB Taylor, who was lifted for one play in the second half after being sacked. He was replaced for one play by true freshman Deuce Spanner, before limping back onto the field. Things look bad for Illinois the next couple of games.

Purdue: Scheduled to travel to Wisconsin Nov. 7. It’s not clear whether Wisconsin, whose game with Nebraska was canceled this week, will be cleared to play.

Illinois: Hosts Minnesota, a surprise winner at Maryland on Friday, on Nov. 7. Most of the Illinois players out with COVID-19 are expected to miss that game, as well.