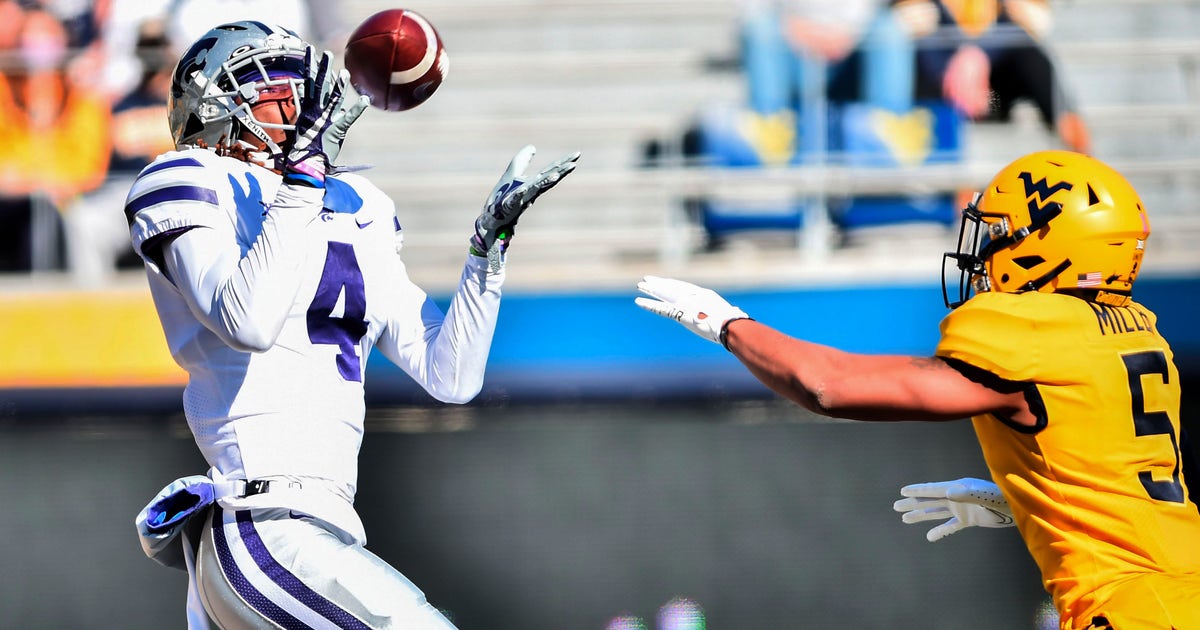 MORGANTOWN, W.Va. — Inconsistent for most of the season, West Virginia finally put together an all-around performance to boast about against a ranked opponent.

Leddie Brown rushed for 102 yards and a score as the Mountaineers (4-2, 3-2 Big 12) knocked the Wildcats from their solo perch atop the league standings.

Kansas State freshman Will Howard was intercepted three times, and the Wildcats (4-2, 4-1) went scoreless after halftime to see their four-game winning streak snapped.

“I thought our players competed. I told them all week, that’s how you’re going to be evaluated: on how you compete, how you strained,” West Virginia coach Neal Brown said. “I thought they just had a businesslike approach, really from the beginning. Without a doubt, that’s the most complete game we’ve played in our two years here.”

West Virginia linebacker Tony Fields had 15 tackles and a pass breakup a week after being ejected in the second quarter at Texas Tech for targeting.

“We just knew there was a lot at stake,” Fields said. “We were playing the No. 16 team in the nation, and they’re a very good team. We respected them. We made sure we went in and practiced every day as hard as we could. We turned up the intensity in practice, and it paid off.”

Howard’s short pass went through the hands of wide receiver Chabastin Taylor. Tonkery grabbed the carom and went 18 yards for a touchdown to put West Virginia ahead 34-10 midway through the third quarter.

Casey Legg‘s 45-yard field goal for the Mountaineers early in the fourth handed Kansas State its largest deficit of the season.

Howard managed a 35-yard touchdown throw just before halftime but was given little room to do anything else against West Virginia’s swarming defense.

“I thought our effort was good; we didn’t have good execution,” Kansas State coach Chris Klieman said. “Like I told the guys, we all will take ownership in this.”

Brown scored on a 9-yard run in the second quarter and went over 100 rushing yards for the fourth time this season. West Virginia sophomore Bryce Ford-Wheaton caught three passes for 104 yards, marking the first 100-yard effort of his career.

Nicktroy Fortune intercepted Howard on the first series of the game, but West Virginia missed a field goal. On two other drives, the Mountaineers settled for short field goals after twice getting inside the Kansas State 10. Kansas State kicked a short field goal after it couldn’t reach the end zone from the 2 on its second series.

Kansas State: The Wildcats had been able to overcome inefficiencies and miscues in previous games. Not this time. Howard finished 19 of 37 for 184 yards. Kansas State was limited to 41 yards on the ground.

West Virginia: In a game when most everything went right, the Mountaineers gained yards in chunks and got third-down conversions for a change, and dropped passes weren’t an issue this time.

Wheaton had a 58-yard catch that led to a touchdown and a 38-yarder that resulted in a field goal. “Without a doubt, those explosive plays were huge today,” Brown said.

Kansas State played two days after the death of Derick Newton, a sophomore defensive lineman who left the team in late September. Wildcats players posted tributes to Newton on Twitter after learning of his death. Newton’s body was found at a residence in Manhattan, Kansas. Police said no foul play was suspected.

Kansas State running back Harry Trotter said “you can’t be distracted when you play at this level. But it was tough circumstances.”

“I know a lot of guys were kind of emotional this week, including me, and it was just a tough week.”

The Wildcats will drop several spots when the AP Top 25 poll comes out Sunday.

Kansas State hosts No. 6 Oklahoma State next Saturday. The teams have split their last six meetings.

West Virginia plays at Texas. The Mountaineers have won on their last two trips to Austin, Texas.