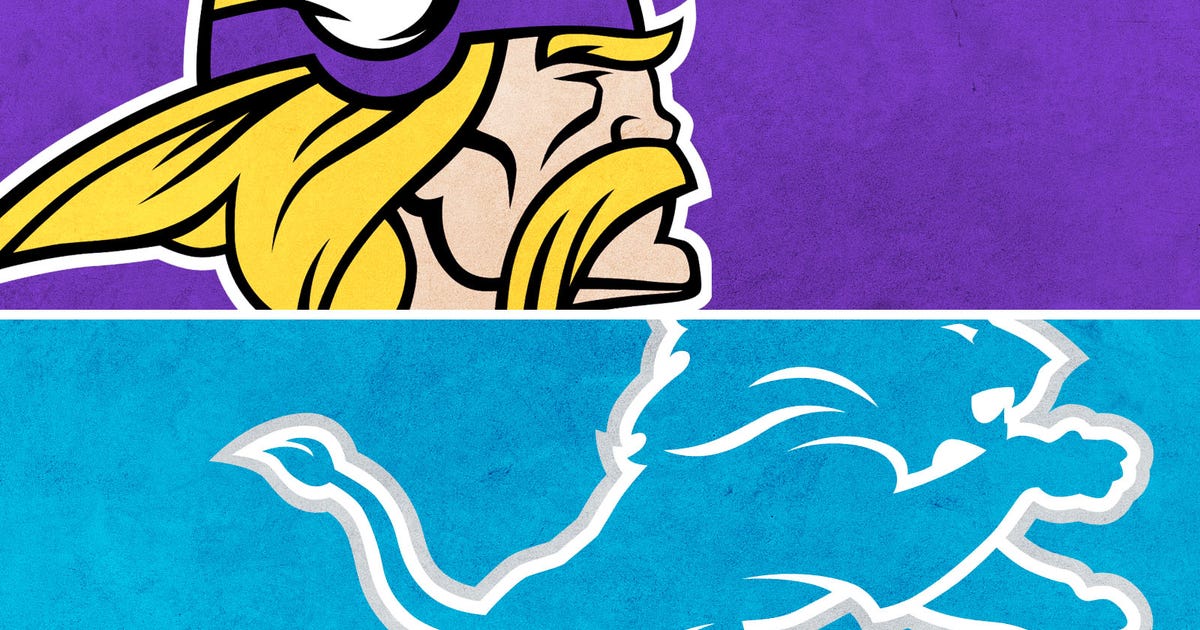 Welcome to the final week of the regular season.

Unfortunately, neither the Minnesota Vikings (6-9) or Detroit Lions (5-10) will be playing for a postseason spot Sunday. Quite the contrary, actually. Detroit has all but locked up a top 10 pick in the NFL draft, and with a loss to the Vikings along with some help around the NFL, the Lions could creep into the top five.

For Minnesota, the Vikings will select somewhere between picks No. 9 and No. 15, depending on the results this weekend. For a full breakdown of Week 17 scenarios, click here.

Here are predictions for the Vikings-Lions game from around the web:

Barry Wilner of the Associated Press: Vikings 31, Lions 17. “This would have been the Best Bet if the game meant anything.”

Pete Prisco of CBSSports.com: Vikings 31, Lions 21. “This is a game featuring two teams going home, but the Lions are a total mess. They were lifeless against the Bucs, and will likely play here without Matt Stafford. The Vikings were blown out by the Saints last week, but they will bounce back in this one. Vikings take it.”

NFL.com’s Gregg Rosenthal: Vikings 33, Lions 23. “Matthew Stafford is uncertain to play. Dalvin Cook is out following the death of his father. Even if everyone on both teams were healthy, my pick would be the Vikings by two scores against a Lions defense that has collapsed beyond repair.”

Vinnie Iyer of the Sporting News: Vikings 34, Lions 27. “The Vikings’ offense keeps doing its best to light up the scoreboard with Kirk Cousins and Dalvin Cook. The defense, because of inexperience and injuries, has hit new lows with Mike Zimmer. But that doesn’t compare to how bad the Lions are defensively post firing Matt Patricia. The Vikings will move the ball at will with Cook, Adam Thielen and Justin Jefferson. The Lions cannot match that with D’Andre Swift and the rest of their skill players.”

Bill Bender of the Sporting News: Vikings 30, Lions 23. “Detroit has little incentive to play Matthew Stafford here. Dalvin Cook will not play, but it’s another chance for Kirk Cousins to connect with Justin Jefferson. The Vikings finish it off in the fourth quarter.”

Sportsnaut’s Vincent Frank: Vikings 31, Lions 17. “The Lions are giving up an average of 40 points over the past five games. They are a complete disaster on that side of the ball. This might also be Matthew Stafford’s final game in Detroit as a home player (should he suit up). It all adds up to a lack of competitiveness for the downtrodden organization.”

All six analysts at SI.com are picking the Vikings to win.

All three writers at Athlon Sports pick a Minnesota victory.

Nine of 10 SB Nation writers predict a win for the Vikings. The only writer who didn’t pick Minnesota covers the Kansas City Chiefs.

Four of six PennLive.com writers pick the Vikings to win.