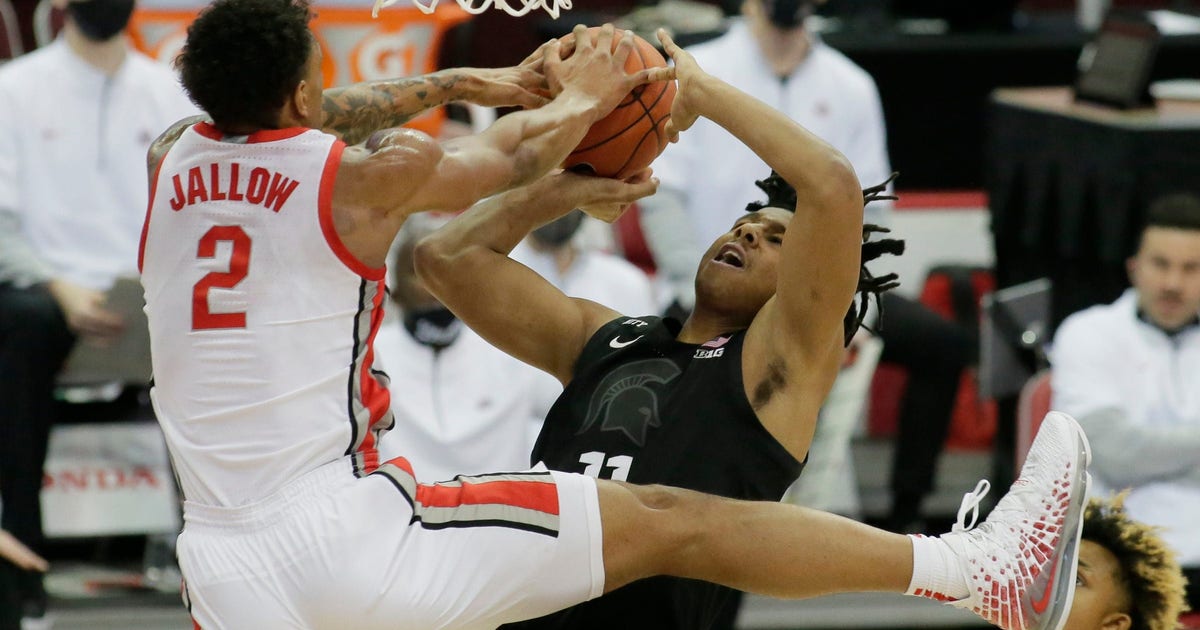 COLUMBUS, Ohio (AP) — E.J. Liddell had 20 points and eight rebounds to lead No. 13 Ohio State to a 79-62 rout of skidding Michigan State on Sunday.

Michigan State (8-6, 2-6) had hoped to rebound from an embarrassing 30-point loss to Rutgers on Thursday that followed a long COVID-19 layoff. The Spartans played better but still started sloppily, committing six turnovers and a dozen fouls in the first half while hitting two of their 10 3-point tries in the frame.

Joshua Langford led the Spartans with 14 points. They shot a dismal 32.1% as a team after managing just 26% against Rutgers.

The Buckeyes led by 12 at the half behind nine points from Liddell and seven from Ahrens, including a pair of 3-pointers. Five Spartans picked up two fouls each in the opening frame and that caused some shuffling of the lineup.

The Spartans got within nine with 4:20 left, but their shooting just got worse. They hit just 25% of their shots in the second half after showing promise with a 40% clip in the first half.

Michigan State: The pandemic has been tough on the Spartans, who were ranked as high as No. 4 in the AP Top 25 earlier this season. They’re trying to find their way back after a 20-day layoff and a 67-37 loss on Thursday to Rutgers, a team that had never beaten them. If the slide continues, the Spartans’ streak of playing in 22 straight NCAA Tournaments — the third longest in the nation — could start to be in jeopardy. They were again without forward Gabe Brown because of COVID-19.

Ohio State: Coach Chris Holtmann has the Buckeyes moving in the right direction with a lot of bench players contributing. They avoided the ugly January swoon to which they have been susceptible the last couple of seasons.

Michigan State: At No. 7 Iowa on Tuesday.

Ohio State: At No. 7 Iowa on Thursday.