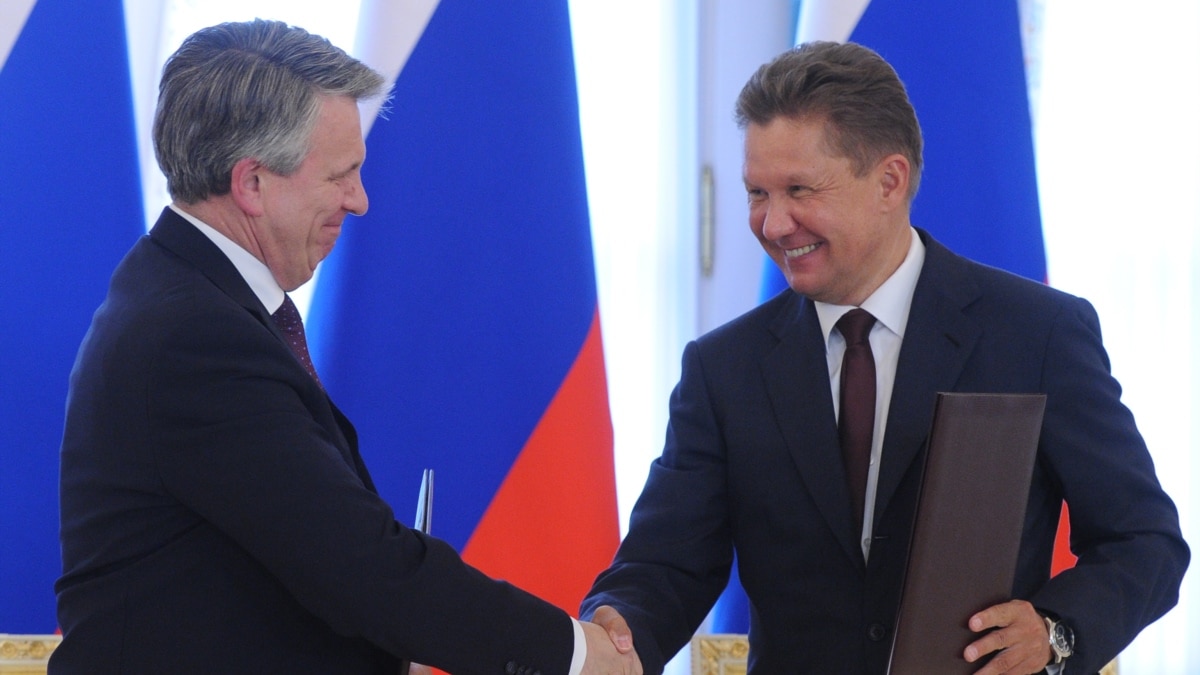 Talks between a Ukrainian delegation and Russian representatives have ended at the Ukrainian-Belarusian border and negotiators have left for their respective capitals for consultation before a second round.

Ukraine’s presidential press service said the parties “discussed in detail a number of key topics on which they have prospects of finding mutually acceptable solutions,” at the meeting on February 28.

A second round will be held after consultations in Moscow and Kyiv, the statement said.

Vladimir Medinsky, head of the Russian delegation, said the two sides “agreed to keep the negotiations going,” adding that the new meeting will take place on the Polish-Belarusian border.

Ukrainian President Volodymyr Zelenskiy’s office had said ahead of the talks that Kyiv would press for an immediate cease-fire and the withdrawal of Russian troops from Ukraine.

WATCH: Witnesses say a rocket blast set a building ablaze in the early morning hours of February 28 in the northern Ukrainian city of Chernihiv, near the border with Belarus.

Borrell told journalists that Ukrainian armed forces were fighting back with courage, but said there were a lot of civilian casualties and “the flow of people looking for shelter, escaping the war is increasing.”

In this situation our support of the Ukrainian Armed Forces is crucial,” Borrell said at a press conference in Brussels after a meeting of EU defense ministers, who discussed supplying hundreds of millions of dollars worth of military aid to Ukraine.

In a fresh address on February 28, Zelenskiy issued an appeal to invading Russian soldiers to lay down their arms.

“Abandon your equipment. Get out of here. Don’t believe your commanders. Don’t believe your propagandists. Just save your lives,” Zelenskiy said in the address, adding that more than 4,500 Russian soldiers had already lost their lives during the Kremlin’s assault.

There have been no independent confirmed numbers of casualties Russia’s army on February 27 admitted for the first time that some of its soldiers had been “killed and injured,” but did not give any figures or further details.

As Moscow faced the impact of harsher Western economic sanctions over its unprovoked invasion, there were reports that the cities of Kharkiv and Chernihiv had come under intensive Russian bombardment.

Anton Herashchenko, an adviser to Ukraine’s interior minister, said dozens of people were killed in rocket strikes by Russian forces on Kharkiv on February 28.

“Kharkiv has just been massively fired upon by grads (rockets). Dozens of dead and hundreds of wounded,” he said in a post on Facebook that showed a series of explosions in the town.

Elsewhere, witnesses said a rocket blast set a building ablaze in the early morning hours of February 28 in the northern Ukrainian city of Chernihiv, near the border with Belarus. Locals blamed the Russian military for the attack.

According to Ukraine’s emergency services, one woman sustained minor injuries.

With fighting on the ground escalating, Western allies have ramped up efforts to punish Russia by closing airspace to Russian aircraft, shutting out some banks from the SWIFT financial network, and limiting Moscow’s ability to deploy its $630 billion foreign reserves, all measures that are expected to hammer the economy.

To keep up the diplomatic pressure, U.S. President Joe Biden will host a call with allies and partners on February 28 to further coordinate a united response, the White House said.

Zelenskiy on February 28 also called on the European Union to grant Ukraine membership under a special procedure immediately.

“Our goal is to be with all Europeans and, most importantly, to be equal. I’m sure that’s fair. I am sure we deserve it,” he said in a video speech shared on social media.

“Europeans are witnessing how our soldiers are fighting not only for our country, but for all of Europe, for peace, for peace for all, for all the countries of the European Union,” Zelenskiy said. “Ukrainians have shown to the world who we are, while Russia has showed what it has turned into…. Every crime, every shelling by the occupier only unites us more.”

Ukrainians have volunteered in huge numbers to defend their country, taking guns distributed by authorities and preparing firebombs.

Pentagon officials said Russian troops were being slowed by Ukrainian resistance, fuel shortages and other logistical problems, and that Ukraine’s air-defense systems, while weakened, were still operating.

After another night of air assaults by Russian artillery and missiles, a strict 39-hour curfew that had kept people off the streets of Kyiv was lifted on February 28, offering residents the chance to visit shops to buy food.

People in the Ukrainian capital have been hunkering down in homes, underground garages, and subway stations in anticipation of a full-scale Russian assault.

Zelenskiy’s office said that during the peace talks, which were set to start at noon local time, Kyiv would press for “an immediate cease-fire and the withdrawal of troops from Ukraine.”

The number of Ukrainians fleeing Europe’s largest armed conflict since World War II had grown to 422,000, mostly women and children, the head of the United Nations’ refugee agency said on February 28.

With reporting by Reuters, AP, AFP, RIA Novosti, and TASS